The first night market last month was well advertised and it certainly showed. The often sparse looking space at the bottom end of the market, due to its sheer size, felt less so this evening.

Permanent stall holders, such as Banh & Mee and Fat Annie’s, were doing a roaring trade, evidenced by their long queues. Rumour was that The Yorkshire Wrap Co. sold out of food after just an hour and a half! 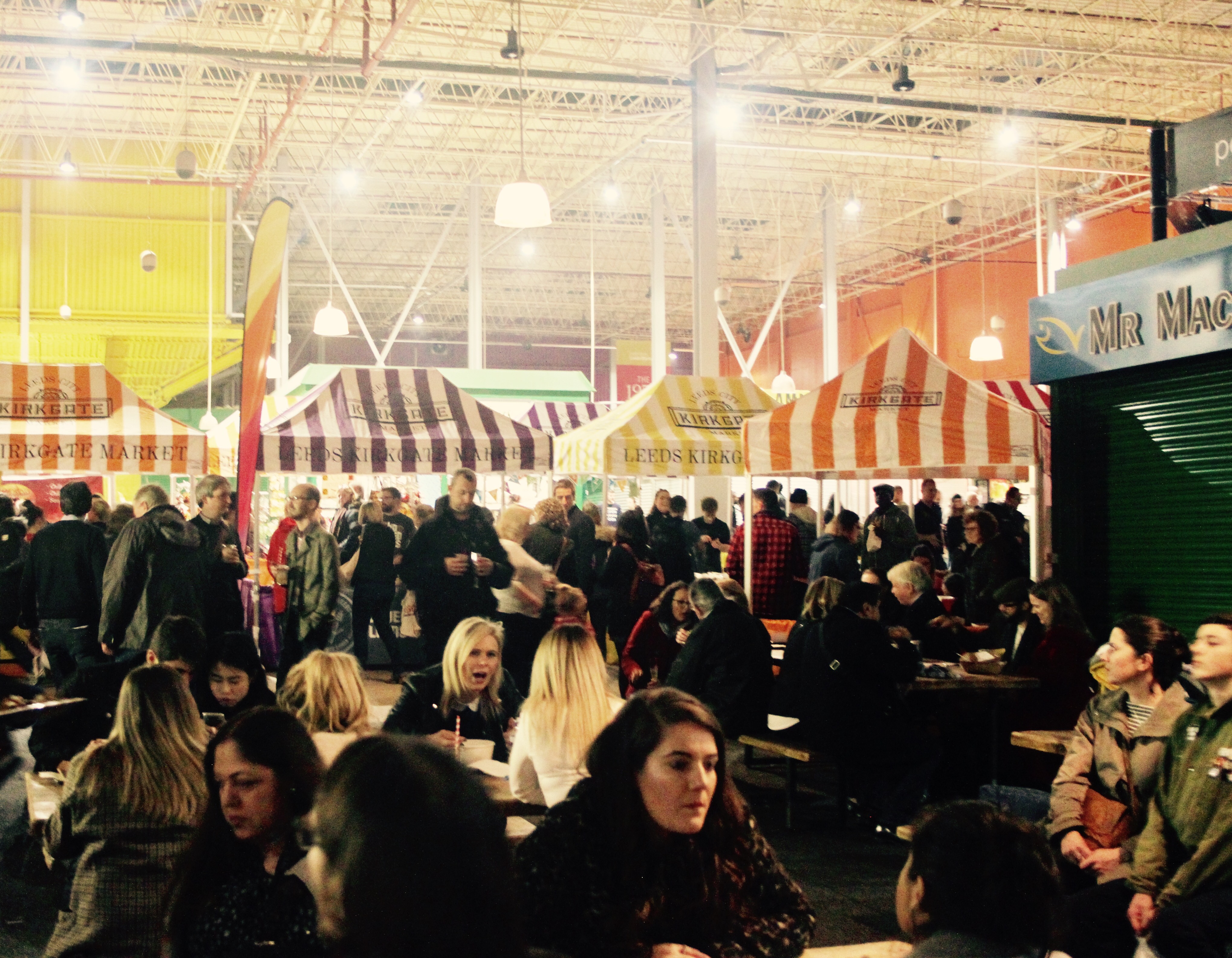 In addition to the food and drink on offer, there was an array of arts and crafts stalls and DJs spinning the decks throughout the night.

As I have tried and enjoyed all of the permanent stalls before (in my defence I only work across the road from the markets!), I headed for the pop ups to sample their delights.

I was excited to see the guys from Grog & Grug as I’d been wanting to try their street food. ever since attending one of their supper clubs at Sheaf Street Cafeteria last year.

I opted for the Smoked Haddock Kedgeree Oat Cake Wrap. The wrap was different from your standard versions, it was light and airy, almost pancake like. The filling was delicious with subtle spicing.

I managed a quick chat with Billy Collins during an unusual quiet spell, I could have chatted away all night. A vegan for five years now, Billy set up Honest Edibles two years ago along with his Australian girlfriend (who had amazing knife skills I may add!). They wanted to share their knowledge of vegan food and prove just how tasty it can be, using the best of local, organic, and seasonal produce.

Having already eaten at Grob & Grug I tried some of my friends Pulled Seitan and BBQ Jackfruit Burger with slaw and truffle oil mustard sauce. It was fresh and tasty.

Check out Honest Edibles Facebook page for updates on where they’re serving up their superfood treats, including regular slots at the University markets and a Christmas Vegan Supper Club to be confirmed soon. https://www.facebook.com/honestedibles/

Still using their 2016 crop, Huddersfield based Udders Orchards were on hand to help wash the food down. As a big cider fan I wasn’t disappointed. They will be back at next months market.

There was a little room left for something sweet, so I went for the lemon tart option from Chapel Allertons favourite Italian, Casa Mia. Owner Franseco told me how they had to send for another order of cakes and deserts they were selling that fast!

The evening was indeed a success and everyone involved should be proud. The council have since confirmed that over 4,000 people attended. Most of the traders had completely sold out by the time I was leaving around 8.30pm.

More alcohol stalls would be beneficial for future nights as there were some lengthy bar queues. I’m sure food stall holders will be stocking up more food for next time. Further market dates are planned in for the last Thursday of the month up to January 2018.

*The next night market is on Thursday 30th November from 5.30pm