It was completely by chance that the opportunity to host my first Supper Club at a nearby cafe/bistro in Leeds came about.

My friend Mark visited Cha Lounge regularly and it was through him that I met the owner Mandeep. It’s a lovely little venue, with a reputation for serving delicious global small plates as well as speciality teas.

The first time I met Mandeep, I mentioned that I was a food & travel blogger, and discussions began from there about hosting a night at the venue.

Cooking for paying customers and working in a professional kitchen for me was the next step in my culinary experience. A Supper Club I thought, was the perfect opportunity, without having to quit my day job just yet!

I had two conditions prior to going ahead with the night; one was that Mandeep tasted my cooking to prove that I can actually cook, and two that I could help out cooking one night in the kitchen to gain some experience. Both conditions were duely accepted, and I have the burns to prove it! 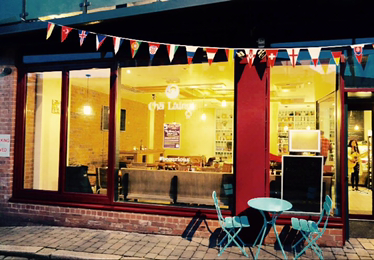 Organising any event, having the right team working with you, is the key to success. Two of my friends, who had previous kitchen experience, offered their services to help me on the night. Other friends were on hand to give me feedback on my menu design, food presentation, themes etc through numerous tasting days leading up to the night. They were more than happy to try free food! In addition, on the night I roped in my brother and youngest sister to help with waiting on.

We had capped the ticket numbers after 24 were sold, I thought this was a good number. Although Mandeep asked to add 4 more people to the list a few days prior to the night, which I agreed too. It was a good mixture of family, friends, work colleagues and complete strangers attending. I worked out that there were only 10 people I had actually cooked for before!

The most difficult thing in planing the night was working out the quantities for 28 people, and what to serve the dishes on. Cha Lounge had some crockery but more was needed, so I decided to invest in some (hopefully if all goes well, this won’t be the first and the last Supper Club I do!)

I wanted the menu to include food that I loved and enjoyed eating, from some of my favourite flavour combinations, to food influenced by my travels and recipes tried and tested.This was a chance to showcase both my cooking skills and my passion for food.

Instead of having a standard menu, I decided to create some cards to come out before the dishes, to explain why I have chosen the dishes I had, giving a story and meaning to them. This would also be a great way I thought, to encourage conservations being guests who didn’t know each other prior to the evening. I had mixed feelings of nerves and excitement on the day. This was to be the first time I was cooking for paying customer and strangers!

I arrived at Cha Lounge mid-afternoon. A lot of the prep I had done at home to save on valuable time. The kitchen was still being cleaned from the lunch service so we started arranging the tables and centrepieces.

Once we were in the kitchen we moved equipment around to what would work best for us on the evening. It was only a small kitchen so every bit of space was essential. The last bit of cooking and prep was finished, the customers had started to arrive, and by 7pm we were ready to go!

Oh, I’ve forgotten to mention that I had already injured myself in the kitchen before the evening had even begun. Randomly, a bottle of Prosecco fell onto my foot and badly bruised it. All I had time for was a ten minute break applying an ice pack to the injury. I knew I would injure myself some how, didn’t think this would be how though (I actually ended up going to A&E for an X-ray a few days later!)

I gave a quick welcome to everyone, introduced Manuka, a local singer song writer, then service began. This was the most nervous I felt, but I was ready to get going! 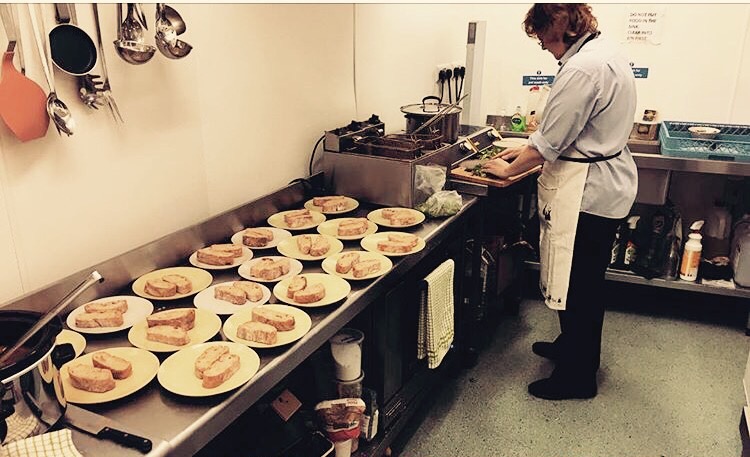 Here are the final dishes that were served on the night. In addition to this, I had Bombay Popcorn Mix on the tables, and served a cool Pea & Mint Soup shot to get the palate going. 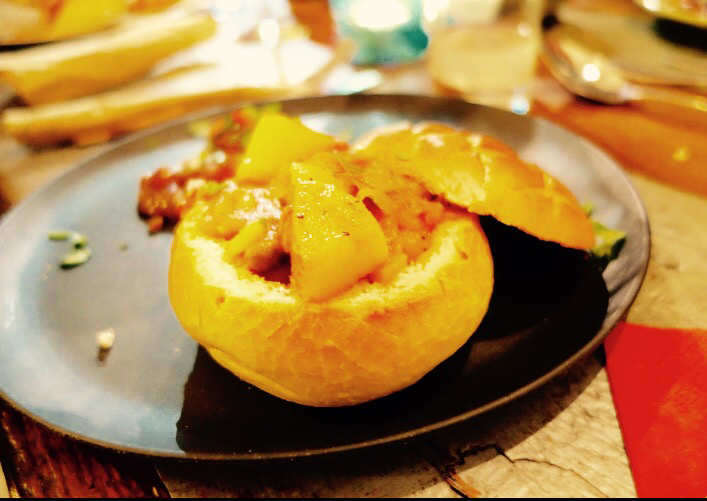 The evening ran remarkably smoothly. Positive comments that were received from the customers were fedback to the kitchen by the team, and these helped to motivate us on. I was really enjoying the occasion and knew I had got the right people to work with me, which helped massively.

Before deserts went out we left a bit of a gap, and I was able to get around all the tables and chat with people.

We were all exhausted by the end of the night, but it was worth it. All the planning the weeks before was made worthwhile by having some amazing feedback, some from complete strangers!

It’s definitely given me the confidence and belief to do more nights like this. Cooking  for people is where my passion lies, and I feel like I’ve made that next step in my culinary life…..keep posted for for my next Supper Club night. For now, I’ll leave you with some more pictures from the evening! 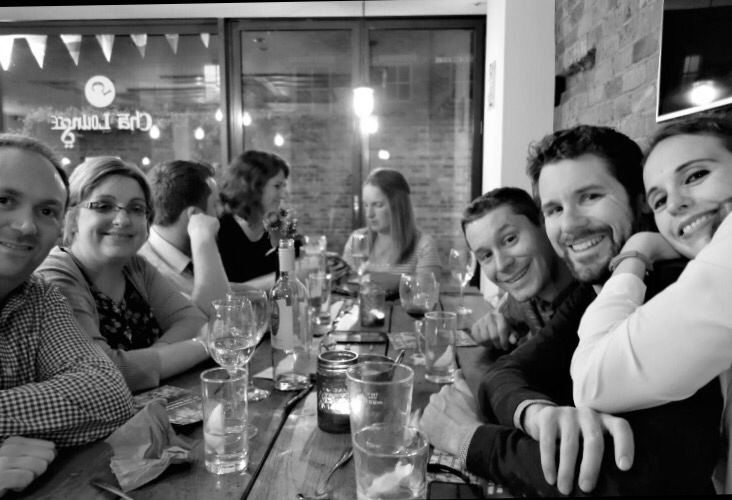