It was another early wake up the next day as we had an 8 hour hike ahead of us, from Santa Maria to Santa Teresa. After a substantial breakfast we set off from our hostel. Fortunately I was able to weight bear on my left leg, it felt a bit sore and tight, but some strong painkillers helped.

Me & Abi ready for the hike 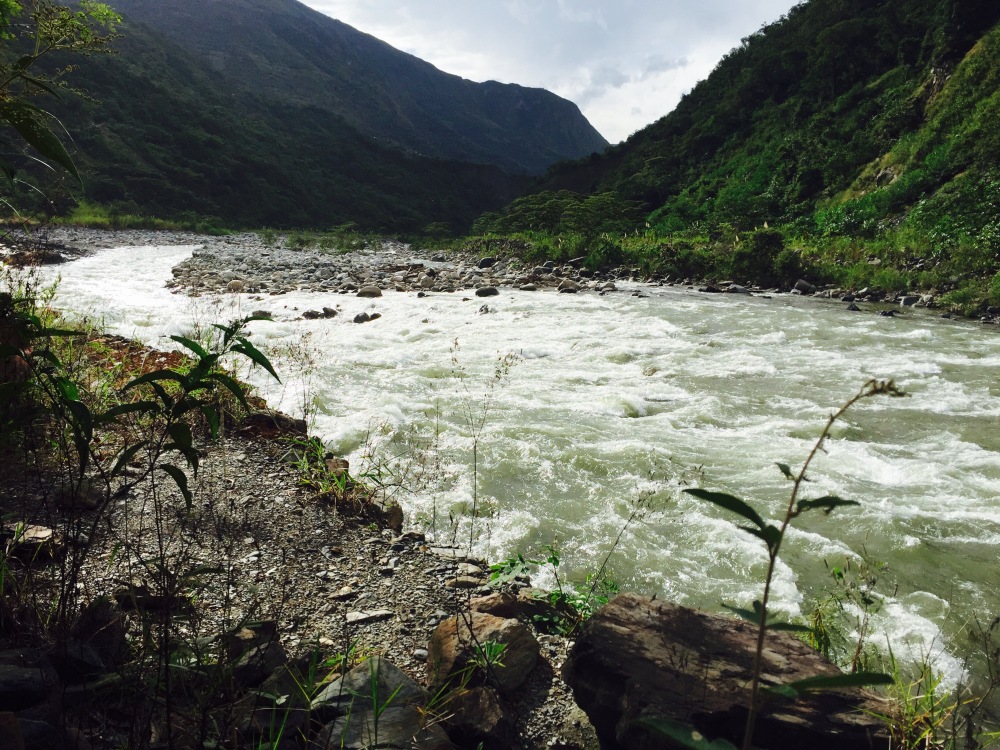 Our hike started next to the Urubamba River in the Sacred Valley of the Incas, just on the outskirts of Santa Maria. The scenery from here onwards, over the next 3 days, was just as incredible as the previous days.

The terrain that awaited us on Day 2 was tough and unforgiving, from climbing steep mountain passes, to descending into jungles, and leaping from rocks over waterfalls. The temperature was reasonable for Peruvian standards with it being a cooler part of their season. For us however, it was anything but cool, we were just glad though that it wasn’t peak summer.

I literally developed a fear of heights on the trek, which I never thought I had until now. On part of the trek, we were literally climbing around a mountain. The path wasn’t more than a metre wide, the surface was rocky and uneven. I found myself clinging onto the mountain as I walked slowly around, on the left hand side was a sheer drop. One wrong clumsy move and you’re off the side of a mountain, and as you know from the previous day’s events, I am pretty clumsy! Despite my crippling fear, I was still able to appreciate the incredible views. 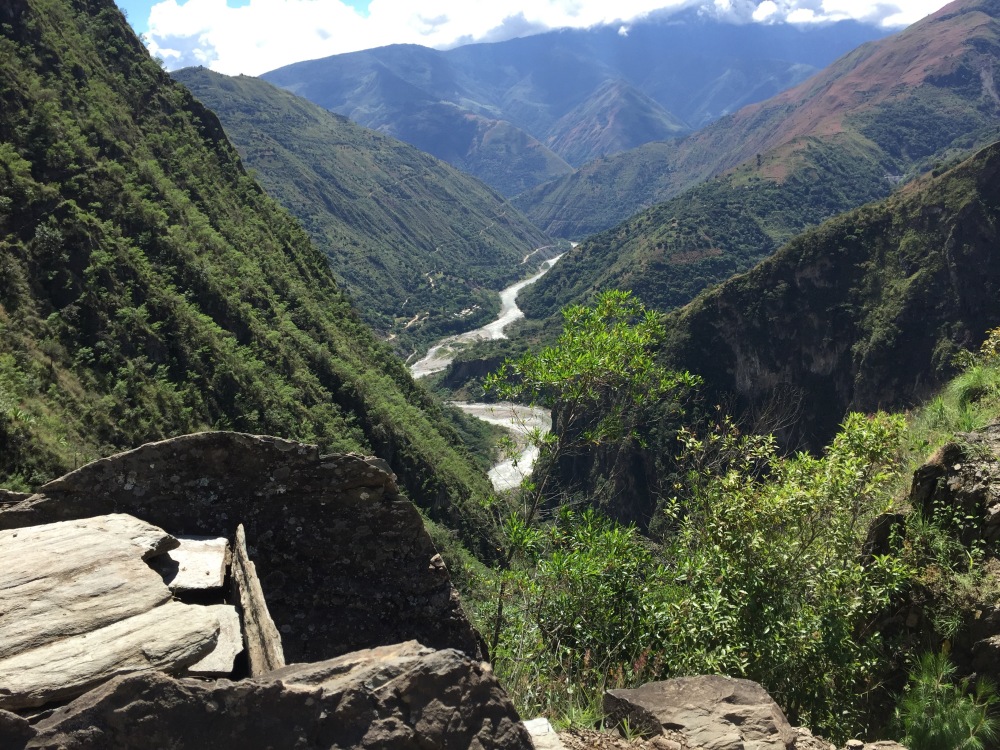 The Sacred Valley of the Incas

The Sacred Valley of the Incas

Our guide Henry, originally from nearby Cusco, made sure that we had regular stops along the way. He was quick to point out the ambudance of wildlife and plants surrounding us. The vegetation varied from cacao (chocolate) beans, coffee beans, coca leafs, quinoa, corn, sweet potatoes and medicinal plants. Did you know there’s over 1,500 varieties of corn in Peru?!

We made a stop mid-morning somewhere half way up the mountain pass. Here we met Alfred, the local Pacarana Rodent, who was adorable and almost human like in his manarisims.

There was a ‘tasting platter’ of local produce ready for us which included some purple sweet corn juice, cacao beans, organic local chocolate, and a bottle of Peruvian tequila with a dead snake inside. I’m not usually a tequila fan but it tasted smooth and not too overpowering. I could easily have had a couple more shots of it!

We hiked for another 2 hours or so until we stopped for lunch, and we were certainly ready for it. It was to be another tasty, nutritious meal. We had guacamole with home made nachos and salsa to start with. Advocados are grown all over this region so we had guacamole with most of our meals, which wasn’t a bad thing! Soup followed next, then spaghetti bollagnaise. This was all washed down by some delicious homemade lemon juice.

The trek after lunch took us descending back down to the Urubamba river. The terrain changed again to a rocky and sandy one. My leg was starting to hurt by this stage but I knew we only had a few more hours leave, some more pain killers helped to take the edge off.

A bridge walk, a jump over a waterfall, and a wooden ‘cable car’ later, we finally ended up at the rewarding natural thermal hot springs of Santa Teresa! We were hot, sweaty, dirty and exhausted, after a quick cold shower we jumped straight in.

It was gone 7pm by the time we got to our chalet style hostel for the night. Henry took us out to a local restaurant and we enjoyed a nice cold beer with our evening meal. As you can imagine, I slept really well that night, despite the nervousness of zip lining in wait for us the following morning! To be continued……..