Ok, so this is what I love about cooking. After making a savoury pie last night for some of the family, I had a little bit of pastry left over. I looked around my sisters kitchen to see what I could use to make a dessert.

I firstly spotted an apple in the fruit bowl. Then I thought Cinnamon, an apples perfect companion, which I found in the spice cupboard next to some Golden Syrup (that’ll do too!).

Next I tried the drinks cabinet and saw some Bourbon…….. that should work?!

To finnish the dish off it needed something else, there’s always chocolate in the house, so I grabbed some chocolate buttons. The one place I hadn’t looked in was the freezer, as I opened it there was some ice cream jumping out at me, perfect!

Initially, I was going to roll out some balls from the pastry, but then decided on small discs, which I moulded using the end of a rolling pin.

And there I had it, a dessert recipe after 5 minutes off scavenging through my sisters kitchen……thanks Clare!! x

– Melt the butter in a small saucepan on a low heat.

– Add the apple, cinnamon & syrup. Cook for approx 15 mins until the apple has soften. 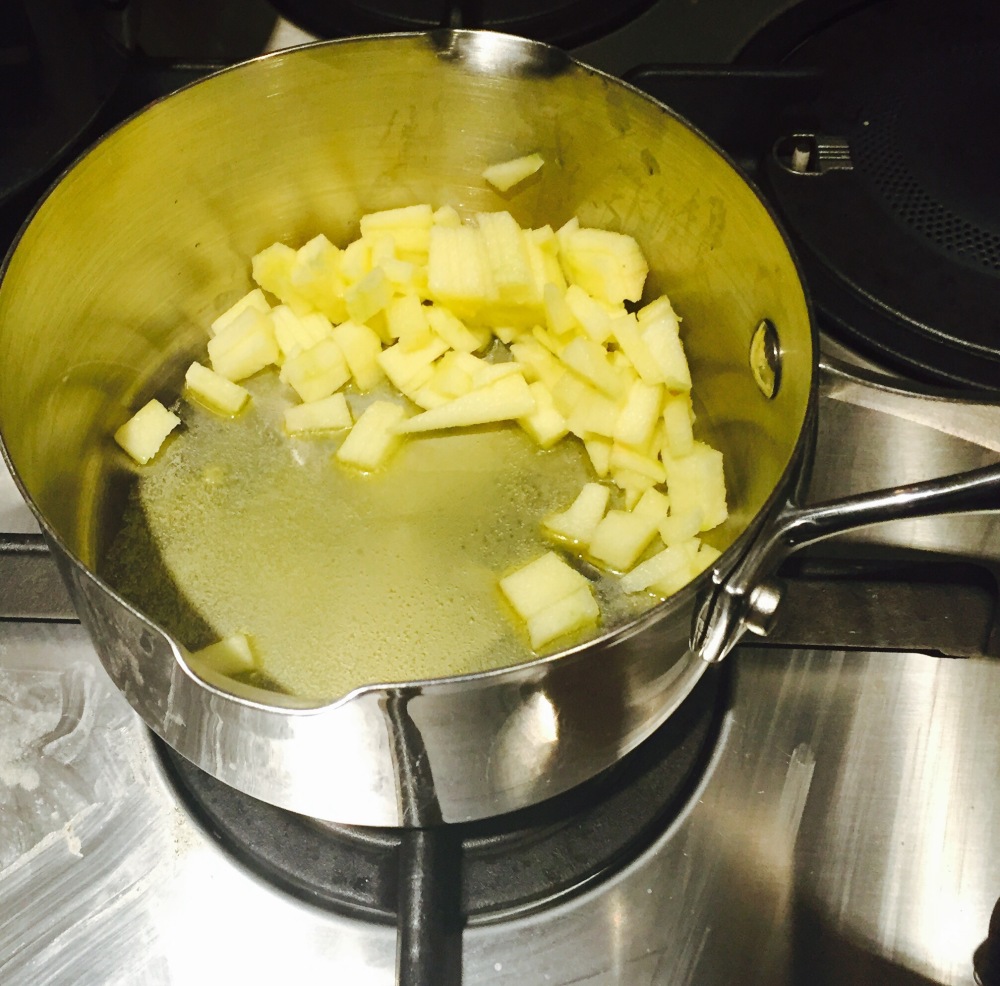 – Whilst the apple is cooking, roll out the pastry into small round discs. I made 9 out of my left over pastry. Use the end of the rolling pin to mound the discs around. Brush the egg over the top of the discs.

– Add the bourbon to the apple mix towards the end of the 15 mins.

– Add the apple mix evenly into the pastry discs. Keep aside the little bit of sauce that should be left over in the pan. 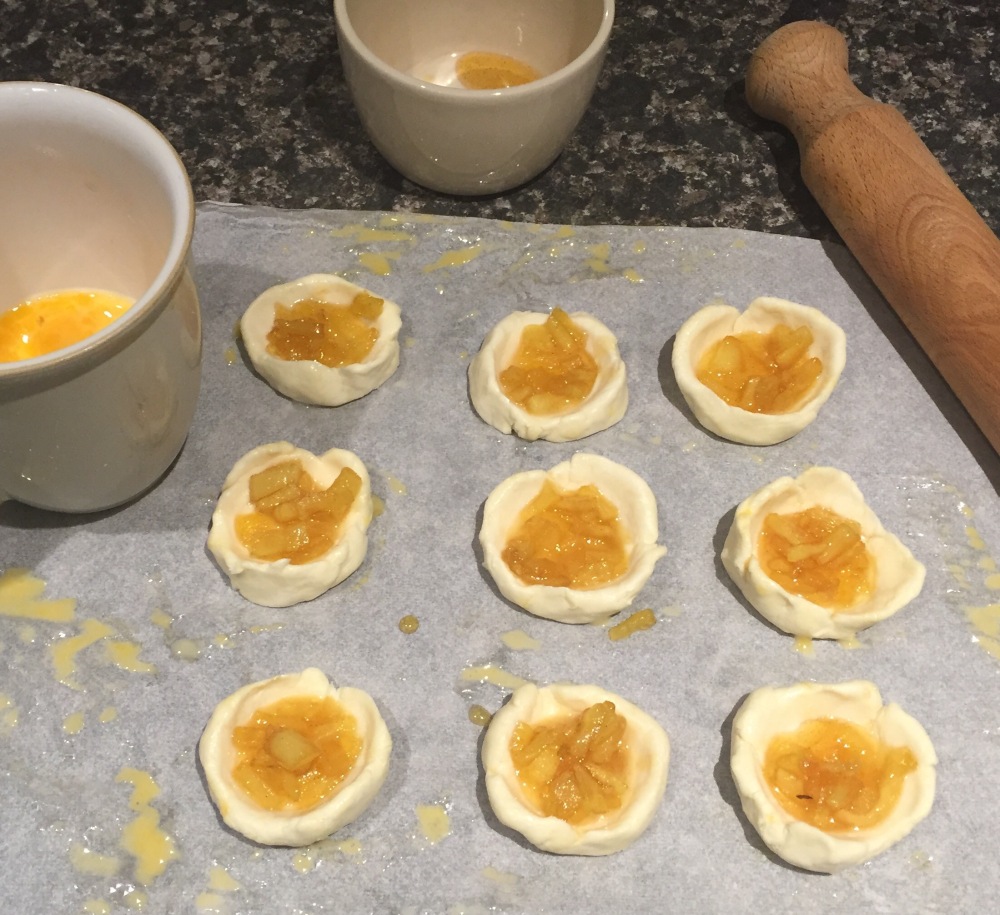 -Place the discs in the oven for approx 20 mins, or until the parcels have puffed up and are lightly browned.

-Whilst the parcels are in the oven, melt the chocolate in a bowl over a pan of boiling water. Add a little milk if the chocolate sauce gets too thick.

-Set out the desert plates and drizzle on the left over sauce.

– Remove the parcels from the oven and place on the plates. Drizzle the chocolate sauce over everything and add a dollop of ice cream. Eat immediately whilst the parcels are warm. 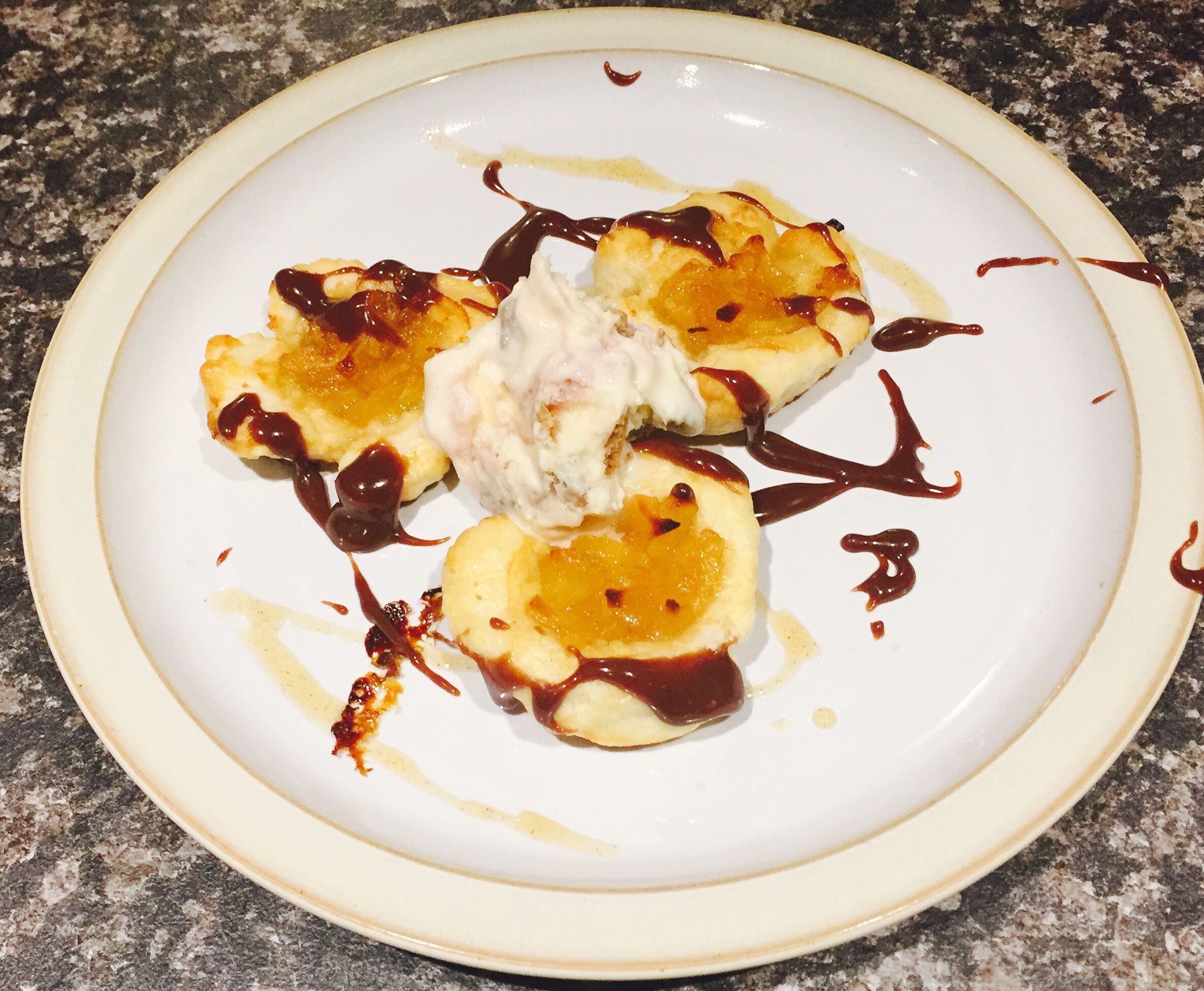